Don’t worry too much! Maybe it’s not so serious and you can fix an OE error yourself. Here are the cases when it can be done.

If the above items do not work, it means that there was some kind of breakdown, and requires the help of a master.

Error OE (0E) of LG washing machine: what it means and how to fix it

LG washing machine shows error OE (0E) when it cannot drain water from the system. OE error usually occurs at the most inopportune moment. Washing machine gets a full tank of water and stops during the wash or rinse cycle. The drum remains full of water and OE flashes on the display. If the LG washing machine has no display, then the absence of drainage may symbolize the simultaneous blinking of all the buttons of rinse modes, or several burning lights of the wring mode.

Error code 0E means that the drain system has a problem and cannot drain the tank. At the same time LG washing machine gives out an error not at once. For several minutes, the machine attempts to eliminate the malfunction and drain the water. If after 5-7 minutes the water is still there, the washer-dryer stops trying and generates error OE.

What to do in this case and whether it is possible to independently remove the error OE?

Most often the problem is in the malfunction of the drain system, in rare cases the parts that are not directly connected with water drainage break down.

To accurately determine the reason why the LG washing machine gives an error, it is necessary to exclude each of the options in turn. The first thing to do is to check whether there has been a failure in the operation of the electrical controller. Try to correct the situation, when the LG washing machine shows the error, by reloading the washing machine itself: unplug it from the network for 10-15 minutes, then plug it in again and continue washing.

See also  What to do if you overload the washing machine

If disconnecting it did not help and LG washing machine still shows error OE, it means that it is necessary to check the elements of the drain system:

If after the above actions LG washing machine gives error OE again, you need to conduct a comprehensive diagnosis. What to do in this case? It is best to apply to the nearest LG service center and do not try to fix the situation on your own. Probably the washing machine needs repair or replacement of individual parts:

It is necessary to follow the rules of operation and monitor the condition of the drain system, you can avoid the situation with the appearance of LG washing machines error OE.

OE error LG washing machine usually appears at the most inopportune moment in the middle of the washing program. A drum full of laundry and soapy water, the machine freezes, and two incomprehensible letters OE appear on the display. Within the framework of this article we are to decode the error with OE code, determine the causes of such error and provide the ways to eliminate such causes.

It often happens that the LG washing machine gives out OE code when spinning or in the middle of a program, while washing is still in progress. The user is faced with a serious problem, because the drum is full of wet laundry. To understand what’s wrong, you need to correctly decipher the error, which is lit on the screen of equipment.

OE code appears on the display when the washer-dryer starts the drain pump. In fact, at this point the water should be removed from the drum, but in fact it remains inside, hence the error.

When programming the machine, the manufacturer has provided a short period of time during which an attempt to drain the water must be repeated. If even after 5 minutes nothing changes and the liquid remains inside, the system gives an OE.

It is necessary to understand why the pump, which is responsible for removing water from the drum, cannot do its job. There can be several reasons for this:

The last cause of failure is often manifested not only by the described error. The user should observe how the technique works by activating different modes of operation.

See also  Two-needle sewing machine for what you need

Do not immediately send the technique for repair. The first thing to do is to check the hoses for blockages.

First check the quality of the work of the sewer. To do this, open the taps and observe how quickly the water escapes. If all is normal, it is worth checking the filter and drain hose directly on the washing machine.

Dirt filter is the first to be inspected. It needs to be cleaned well, preferably rinsed with water. If it is clean, but the error still appears, it means that the cause is other. The clog may be between the siphon and the filter technique. If the connection is made directly, and the drain hose is inserted directly into the sewer, then look for a clog there. Heavy dirt plugs are removed using a steel wire.

If there are no problems with clogging, it is worth paying attention to the operation of the pump. They are quite noisy in this technique. It is not difficult to hear extraneous noises. However, if the technique works quietly, this is also an indicator of a problem.

OE error can occur due to improper operation of the electric controller or the sensor responsible for the water level. In both cases, it is not recommended to carry out an independent repair, it is better to contact a specialist.

How to clear an error

First it is worth checking the condition of the drain hose of the machine. It may be constricted and need to be straightened.

If the output hose is clogged, it is sufficient to clean it manually. Before this it should be disconnected from the system and washed or cleaned with a special cable.

To clean the pump, simply hold the filter under a strong jet of water. For example, in the LG F1081ND5 washing machine, as in most models of the brand, the pump filter compartment is at the bottom. To get to the filter is not difficult, if you open the door at the bottom of the front panel of the machine.

After the performed actions it is necessary to check the operation of the machine. If the OE system error persists, continue looking for a solution.

Clogged drains can also prevent the drainage of water from the washing machine tank. To check the sewage system should open all the taps and see how fast the water flows out of the sink or tub. If there is nothing wrong with the draining speed, then the cause of the malfunction lies in something else.

Error OE can appear due to malfunctions in the electric controller. You can try to solve the problem by resetting the washing machine: unplug the appliances, wait a few minutes and plug them in again.

In most cases, the troubleshooting and adjustment of the machine can be done quickly enough, within 15-20 minutes.

Not all LG washing machines have a display. Models with electromechanical control manifest the error code in their own way: 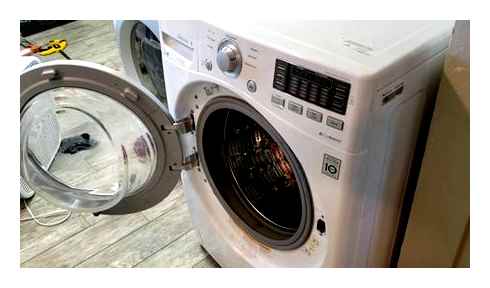 Error Code OE on LG Front Load Washer: How to Diagnose and Fix

What does error 0E mean in LG washing machine: problem with water drainage. The system gives a signal to the drain pump to remove water from the tank. If it does not succeed within 5 minutes and the machine is still full of water, the operation stops and an error is indicated.

What does the LG washing machine code mean??

OE error in LG washing machine, what is it? Most often the code appears some time after starting the wash. Drum stops rotating. It stops, filled with water. An OE code may also appear on the display when rinsing the laundry.

Machines without a display can also indicate an OE error, but in a different way. Two possible variations:

Code OE indicates that the washing machine can not drain the tank.

A certain amount of time is provided for this task. It ranges from 5 to 8 minutes. For different models of washing machines, this time varies.

If the liquid remains in the drum, it means that there was a breakdown or some other problem, which will be indicated by the code OE. The causes must be investigated and eliminated.

You must begin with a small, but obligatory cleaning. LG washing machine during prolonged operation accumulates quite a large amount of dirt. First in line is the garbage filter. There is nothing complicated, if you read the instructions beforehand.

After having cleaned the filter, it is necessary to restart the machine, and if the error is repeated, it means that it is time to find out more about the problem. If soapy water remains in place, it is necessary to check the absence of clogging between the siphon, where the drain fits and, in fact, the filter of the washing machine.

Quite often the drain from the washer does not go to the siphon, and is inserted directly into the drain, in this case, you need to check this place. This is where clogs are most common.

Try disconnecting the drain hose from the machine and running water through it; if it does not pass or does so with difficulty, there is most likely a blockage inside which must be cleaned, for example with a wire with a hook. If the hose is clean, you need to look further.

Many experts recommend listening to the operation of the drain pump. All machines from this manufacturer have a fairly noisy drain pump, and if the wash is over, and it did not make a sound, then the problem is detected.

Faults can also be in a broken controller or water level control sensor. In any of the two cases, most likely, you will need to seek help from a specialist. When testing the washer with your own hands can be completely “burn” all of the contacts on the board and power unit, which will lead to large financial expenses. 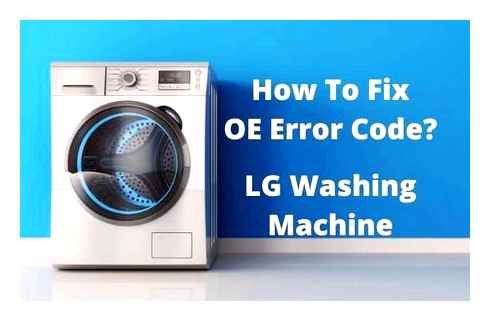 If your Samsung washing machine gives out an OE error, then the methods of solving the problem in this case are somewhat different. The most common cause of failure may be the use of improper detergents, or exceeding the recommended amount of detergent. As a consequence of this user error, a large amount of foam is formed in the drum, which causes increased pressure in the drain hose. The electronic control recognizes the situation as an excessive amount of water and signals to the user.

To fix the problem, you need to remove the laundry from the machine and run the rinse mode. The machine will flush out the remaining detergent and drain the water. After rinsing, the washing must be started again. If the error is no longer displayed, the user has eliminated the problem.

Sometimes the cause of the formation of the error OE, is the wrong connection of the unit to the sewer. Inexperienced masters often confuse the water connection hose and the drain. As a result, the Samsung washing machine fills the tank not from the water supply, but from the drain. The sensor, detecting a large amount of water, signals about it. To fix the problem, the user needs to reconnect the device to the water supply and drain.

Oven from wheel rims with their...

Supercharged waste-heat furnace with your own...

Make-up valve boiler Baxi where to...

Error hei in a washing machine...

How to make cupcakes without oven

How to connect Alpicool refrigerator to...

The fan has stopped spinning what...

How long to put the pizza...