Artisan from the artisan.

On these pages you will learn about my works, products and ideas. I will try to supplement my videos with text and images, and also because I missed or cut it out of the rollers. Sincerely Shenrok Alexander.

First of all, this is a single.phase collector electric motor with sequential excitement of windings. To operate this type of engine, you can use both alternating and direct current. and therefore they can be considered universal. Despite the different appearance, their device is the same. They consist of a stator with a winding of excitement, anchor, brushes, housing and a tachogenerator. The terminal block serves to withdraw all wires.

The work of this type of electric motor is based on the interaction of the magnetic fields of the stator and the anchor when the electric current passes through them.

Make the simplest connection, you can only know the outputs of the stator windings and the anchor. But how to find out where are the outputs on the terminal block if their number can reach 10. We take a regular tester for this,

The regulator’s handle is put in the position of the lowest resistance, and we begin to call the windings of the tachogenerator (tacock), stator and anchor (resistance of windings from 3 to 200 Ohms). I had an engine with 6 terminals on a terminal pad with resistance 2 Ohms (stator) at hand; 4.4 Ohms (anchor); 165 Ohms (tachogenerator).

Be careful, on the engines, instead of a tachogenerator (two outputs), sometimes a hall sensor is used (three conclusions, determined by a tester when a smallest resistance position, the tester first shows some kind of resistance, and then it disappears). The conclusions of the anchor are determined by call the collector and terminals on the block. The stator by exception. The connection diagram using the block of the block looks like this: we put the jumper between one of the stator terminals and the anchor, and we bring voltage to the remaining two terminals. If you are sure that the electric motor from the Signal machine in perfect order can connect it directly to the network, but if you are not sure of the origin of the electric motor, then connect the engine in series with the simplest electric vehicle.

If during the connection, the collector electric motor is smoothly gaining momentum and there is no crackling during operation, there is no strong sparking on the brushes. this means that the collector electric motor is completely ready to work and it can be connected to the 220 volts network. And so by connecting directly the engine to the network by a tachometer we check the speed (I was shown more than 12,000 rpm.), after which we try to give it a load (for the load I used a piece of the board which pressed on the engine shaft).

There are many ways to adjust the revolutions on collector electric motors, the revolutions can be adjusted with the help of a laure, the control boards from household appliances (vacuum cleaners, mixers, etc.D.), buttons from the power tool, the lighting timer (lighting regulator) in general, by all devices that regulate the voltage.

We see that speeds are easily adjustable when the voltage changes such devices. With this connection, a significant drawback appears as a large drop in engine power (at a speed of 600 rpm. the shaft easily stops with your hand).

Such speed adjustment is not always suitable (for fans and pumps it will go so) for widely used for homemade machines and various devices. In this case, a tachogenrator will come to our aid, which is installed on the engine from the washing machine. Which will report the number of speeds of the anchor, and transfer them to the microcircuit, and that, in turn, will adjust the power and revolution of the engine through the Simistor. Here is an example of a scheme that at home can easily be repeated (in more detail about the scheme here http: // Shenrok.Blogspot.COM/P/BLOG-PAGE_8.HTML): 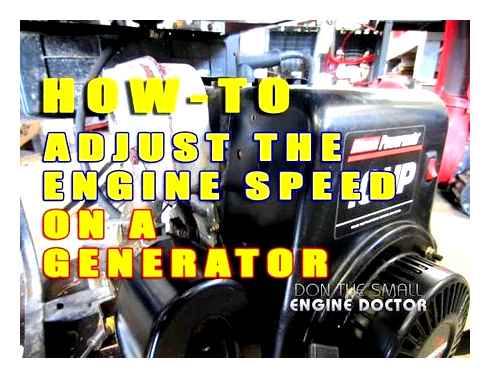 Many will simply take the car to the landfill and forget about it. But this is not a solution to the issue for a stringing and skillful owner. You would be surprised to learn where and what details of the washing machine could be adapted in the household. And in our article we will talk about the most valuable detail of this unit-about the working engine of the washing machine-automatic.

The most suitable use of the electric motor is its connection to another device. For example, an electric shift (or any other). But for this, first of all, you need to connect the engine to the 220 V household network and adjust the number of its revolutions.

In order to connect the electric motor to the home power grid, you will need a multimeter.

With it, we call the output wires coming from the electric motor. The purpose of this operation: to detect among wires (from 2 to 4 pieces) two with the highest resistance (about 12 Ohms). Accordingly, if the wires are only 2, then the task is simplified to a minimum. At the moment, we have in our hands two power wires from the coil of excitation of the engine of the washing machine.

Next, identify the wires from the collector and engine brushes. There are also two of them, so it is impossible to confuse them.

The third pair of wires we need belongs to the tacracker. They are mainly attached to the engine housing. Otherwise, you will have to partially disassemble it (motor).

One of the collector wires is connected to the coil. And the remaining pair (collector. coil) is connected in a convenient way to the 220 volts network. We carry out a trial launch.

If you do not know what the details we have named mean and look like: an excitement coil, a collector, a tacockman, and so on, it is better to postpone this article before familiarizing yourself with the device and the principle of operation of the collector engine of the washing machine-automatic machine. 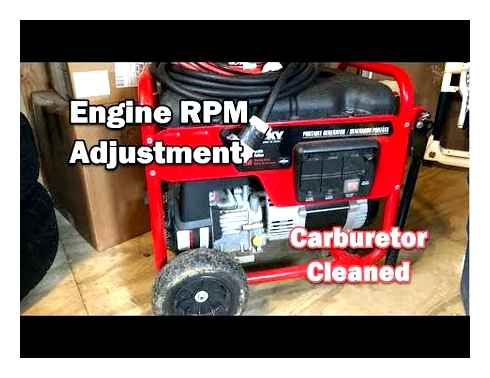 How to regulate rotation

There are many ways to control:

The adjustment scheme is simple, it can be done with your own hands.

This is a satisfactory option for a pump or fan. For more powerful mechanisms (for example, machines), a different regulator scheme will be needed.

The essence of the issue is how to reduce the momentum without losing performance? Connection is carried out through a tachogenerator, which transfers the number of turns of the circuit of the revolution regulator, the coordinating cycle using a thyristor.

Such a board allows you to both increase the speed and reduce, but requires constant, intensive cooling due to overheating. Detailed videos on how the speed and strength of the course by connecting to the microcircuit are adjusted, you can watch here:

Now you know what revolutions various types of engines make and how to establish this process in a home workshop. Good luck!

To washing machines, as well as any household appliances, tends to break. And it’s good if the breakdown can be corrected in small financial costs. But alas, there are times when it makes no sense to repair the washing machine, since it is easier and cheaper to buy a new unit. But what to do with the old? Especially if its engine is in excellent condition and continues to work properly.

On the back we see a speed sensor.

Inside it looks something like this: it’s just a small break generator. The task is to calculate the number of impulses, if for some reason they follow too slowly, the controller “gives the gas” until the speed returns to normal. Thanks to the feedback, you can twist the engine even very slowly, without losing in the torque.Do not forget to give a significant load of the engine, you need to use an additional cooling fan, t. to. The performance of the native impeller is not enough at low speeds.

A rather popular similar controller on TDA1085. The same scheme and fee are reprinted throughout the Internet, and it works for everyone except me. Unfortunately, I never managed to get anything from him. It seems either the microcircuits were slightly fake, or just hands crooked. The remains of an unsuccessful layout:

The fragment is excluded. The full version of the article is available to patrons and full members of the community. Read access conditions.

There are versions of the scheme on the U211B to work with optical sensors and hall sensors. Examples of various applications can be found in the documentation for the microcircuit (see. Archives for the article). Those who want to understand the topic deeper, I again send it to Datashit.

The engine of the washing machine converts the electric type of energy into mechanical, providing the drum rotation. There are three types of engines for washing machines. aircraft:

How to regulate rotation

There are many ways to control:

The adjustment scheme is simple, it can be done with your own hands.

This is a satisfactory option for a pump or fan. For more powerful mechanisms (for example, machines), a different regulator scheme will be needed.

The essence of the issue is how to reduce the momentum without losing performance? Connection is carried out through a tachogenerator, which transfers the number of turns of the circuit of the revolution regulator, the coordinating cycle using a thyristor.

Such a board allows you to both increase the speed and reduce, but requires constant, intensive cooling due to overheating. Detailed videos on how the speed and strength of the course by connecting to the microcircuit are adjusted, you can watch here:

Now you know what revolutions various types of engines make and how to establish this process in a home workshop. Good luck!

Proper connection of the collector engine

Whatever the power of the engine engine, it needs to be controlled correctly. Therefore, it is important to be able to regulate the number of revolutions.

We will figure out how to connect the collector engine and determine the wires of the tacockman, which acts as a revolutionary regulator.

After the engine is launched, trace how many revolutions it gives out. There are two schemes that regulate the rotation of the washer. we describe them below.