reasons why the washing machine does not spin

often than not, the owners are faced with a situation where the washing machine does not pick up speed during spinning.

It is caused by improper use of the device.

In some cases, the owners do not have enough patience to read the instruction manual, and they make mistakes, which later become the cause of failure.

If the spin function is violated due to overloading, the laundry remains wet, and it will have to be unscrewed by hand.

Do not forget that switching of operating modes must take place when the power is turned off. This nuance is often forgotten. The result of such actions is a malfunction in the program.

In case of improper use, the risk of failure of units and machine parts occurs in the second-third year of operation, when the warranty is void.

Most problems created by improper operation can be corrected by yourself.

No spin speed in the washing machine

it is not uncommon to encounter cases where a washing machine does not pick up speed when wringing. Outwardly everything is fine, the machine still washes, carrying out all stages of the washing program: the washing itself, rinsing and spinning. the program finishes on time, and the self-diagnostic system is silent, without giving any system errors. But there is still something wrong. And it becomes clear when we remove completely wet things from the drum.

It is quite understandable, if the drum speed is low or is not spinning up at all, the spinning will not be performed properly. Why does this happen? Let’s try to find out why on this page of this publication. Just in case “we warn you on shore”, if you have problems with the technique, it is better to refer to a master, do not get into the body of the washing machine to avoid even bigger problems.

Eliminate the problem on your own

The reason is simple. It happens that the owners of the washing machine use a program that does not provide for the spinning of laundry. These include:

To be sure of this, it is enough to open the instructions and read whether the right mode is selected.

If the selected program does not include a spin, all is well, there is no problem. Can choose another program or activate the spinning function.

Spin-off can still be deactivated.

If small parts fall between the drum and the tank, there may be a creaking or banging. To get these items out of there will have to remove the heating element (heating element).

There are cases of overloading the drum, and there is imbalance with uneven distribution of laundry inside.

Or there is too much of it, and then the appliance is not capable of performing a full spin, even at 1600 rpm.

You can tell by the repeated unsuccessful attempts to spin the drum.

See also  Installation of a hob on a brick furnace

After this fails, the laundry comes out completely wet. If these conditions are systematically violated, it is possible that the tachodrive motor will break.

And its failure will damage the control module.

Water in the drum

Before spinning, any washing machine must empty the drum of water, and during spinning, drain the rest.

Look at the spin cycle when the machine is running and if there is water in there at that time, you should:

In modern devices, you can find the cause of the fact that the washing machine does not pick up speed when spinning by an error code that lights up on the display.

For a complete list of combinations, please refer to the official manufacturer’s website or consult your operator’s manual. 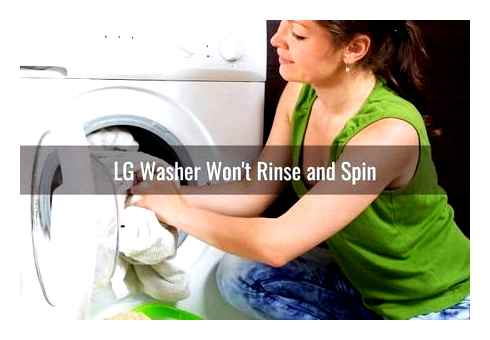 These three causes are combined for a reason. These are the most common causes of spinning problems. In the case of overload and imbalance, you can get the machine “back in operation” in just a few minutes. If dampers are damaged, more serious repair is needed.

The first and most important rule is to keep track of how much laundry you put in the washer. If you exceed the maximum permissible load weight, it is likely that the machine will not be able to spin the drum to the desired speed. When the laundry gets wet, the sensors register too much weight and the control module does not allow the spin to start because there is a high risk of damaging the cross.

In case of overloading, it is enough to remove part of the items from the drum, then the automatic machine will calmly perform the spin.

If the laundry in the drum is clumped, the washer will also not proceed with spinning. To eliminate the problem, it is enough to spread the items evenly in the “centrifuge”. Having disassembled the lump, resume machine operation.

Sometimes the above measures may be ineffective due to damaged LG washing machine dampers. In such a situation, the tank is not fixed in the machine and dangles, risking damage to other internal nodes and elements. The control module does not recognize such a problem, but the auto-weighing sensor detects it as an overload and does not allow the spin to start. Repair will consist of replacing the shock absorbers.

In addition to the stretched drive belt, the cause of the fact that the washing machine does not spin the laundry well, can be a failed tachometer or a damaged motor. The Hall sensor controls the revolutions of the motor; if it is broken, the speed of rotation of the drum can be disturbed. To check the tachogenerator:

See also  How to wash a jacket in a washing machine

For replacement must buy the original tachogenerator for the Samsung machine. Although on the market and offer a huge number of analogues-substitutes.

Besides the tachogenerator, the breakdown can be direct to the motor of the washing machine. By the way, collectors are not the most brittle motors, but still have a couple of weaknesses. So, most often suffer electric brushes and stator winding. If it is the brushes, the repair is simple enough. you can replace the graphite rods with your own hands. In the case of stator winding damage you will have to change the motor completely, since rewinding will cost more than replacement.

What to do when you need to check the electric motor? The brushes should be inspected first. On the body of the engine, on the side, you can see the small screws, which should be unscrewed with a screwdriver. After easily removing the spring loaded electric brushes from the motor. It is necessary to inspect the graphite rods. if one looks even a little bit shorter than the other, the pair must be replaced. It is obligatory to reinstall both of the motor brushes of the washing machine, even if one of them looks absolutely intact.

If the brushes are perfectly normal, it’s time to check the stator winding. Using a multimeter, examine it for a breakdown. It can take a long time to find it, since the breakdown is sometimes only on a single coil, and it’s hard to find it. The motor loses power and can not reach the correct speed because of a broken winding, even if it looks fine. 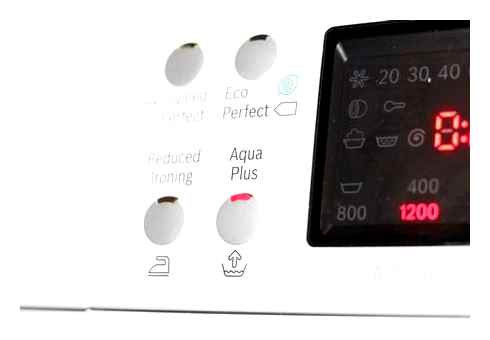 An indirect “symptom” of a punctured motor winding is the smell of burning coming from the motor.

What to do, having detected a breakdown? If the winding is damaged, the whole motor has to be replaced. The item is matched to the specific model of Samsung washing machine.

How to prevent spin malfunction

A large percentage of household appliance breakdowns are due to failure to follow safety measures, rules of operation, and careful and attentive care of washing machines. To avoid critical situations that require costly repairs or complete replacement of parts, there are a number of rules and recommendations that can extend the life and performance of your washing machine.

See also  Best sewing machine for all kinds of fabric

Now you know how to properly care for your washing machine before and after washing. By following these simple points you will not only prolong the life of your appliances, but also save your budget. Also remember that, if the spin stops working properly for reasons related to the electronic module, the motor and interruptions in the programs. this is a reason to immediately contact a master.

The washing machine does not pick up speed when spinning: why, what to do, the causes

often than not, the owners are faced with a situation where the washing machine does not pick up speed during the spin cycle.

Incorrect operation of the device is to blame.

In some cases, owners do not have the patience to read the operating instructions, and they make mistakes that lead to future breakdowns.

If the spin function is violated due to overloading, the laundry remains wet, and it will have to be unscrewed by hand.

One should not forget that switching of operating modes should take place at turning off the power. This is a detail that is often forgotten. The result of such actions is a failure in the program.

With improper use, the risk of failure of units and machine parts occurs in the second-third year of operation, when the warranty is terminated.

Most of the problems created due to improper operation can be corrected by yourself.

Electric motor and tachometer are next in line for inspection. It often happens that the collector loses power due to worn brushes. “Weakened” motor is unable to accelerate the drum to high revolutions, so the machine hangs on spinning. To check the brushes of the electric motor, follows:

The collector motor brushes must be replaced in pairs, even if one carbon rod is perfectly intact.

If it is not the brushes that are worn out, run diagnostics on the tachogenerator. Check the Hall sensor with a multimeter. Set the tester to ohmmeter mode and measure the resistance of the part. Normally, the screen should show a value of about 60 ohms. Next, the multimeter is put into the mode of determining the voltage. When measuring the current on the tacho leads, it is necessary to crank the engine with your hand. The reading on the screen should be about 0.2V. Tachometer monitors the speed of the motor. If you find a faulty element, you should replace it. Otherwise you can not avoid squeezing problems.

How to make ventilation for a...

What radiators to put on the...

Is it possible to freeze a...

How to keep fresh greens without...

What is better than a wind...

Whether the mash will handle on...

How to Dry Long Hair Fast...

Where to put a dishwasher in...

Change the heater on the Samsung...

What hood to install in the...

How to make curls with a...