The pressure in the boiler Baxi: how to set and adjust

To organize a reliable heating system in a private residential house, it is necessary to choose the right source of thermal energy. If the land is gasified, the best solution will be the installation of a gas unit. The homeowner is also often faced with the problem of choosing the manufacturer of reliable boiler equipment. One of the best brands is considered an Italian company Baxi, whose products are in high demand throughout the world. However, after installation, not every consumer can immediately successfully operate the unit. To ensure the smooth operation of the equipment, you need to learn how to set the pressure in the boiler “Baksi.

Why the expansion tank in the wall boiler Baxi

It is not difficult to make a calculation, since the volume of filling of radiators and the boiler is in the characteristics. If you know the diameter and total length, you can calculate the filling volume of the pipes.

If the water is heated to 80 degrees, the volume will increase by about 5%. Thus it is necessary to have an expansion tank with a volume of 8% of the total system volume when filling with water and 12% when using antifreeze as a heat carrier. The built-in expansion tank will be sufficient for a heating system with a volume of no more than 75 liters when water is used, and up to 50 liters when antifreeze is used.

These values are only approximate. When selecting the volume of the expansion tank, calculations should be made for the specific system or take the manufacturer’s advice.

In many cases, the built-in tank in gas boilers Baxi is enough. If necessary, select an additional tank in the design of the system.

When organizing heating systems, various options can be used, but in recent years more popular are closed-type systems, the movement of the coolant in which is due to the work of the circulating pump. The gas burner heats water (or antifreeze) in the primary heat exchanger, and the pump pumps it through the radiator system, transferring heat to the rooms.

At the same time for the normal circulation of the coolant is required that the system is completely filled with water, and since the liquid tends to expand during heating, it is necessary to compensate the increase in volume. This is why there are expansion tanks in heating systems.

The diagram shows a system in which the boiler acts solely as a heater. The household wall mounted boilers ECOFOUR have an expansion tank and a circulation pump already installed, which is why these boilers are perfect for small apartments.

How to pump air into the boiler expansion tank?

Please note that you do not pump air into the system, but only into the expansion tank. Accordingly, it is not advisable to look at the boiler pressure gauge. Your main reference point is the pressure gauge on the pump itself. You can use an ordinary pump that you use to inflate the wheels of your car. You can of course use a compressor. You don’t have to. Your task is to pump the pressure of only 1 atmosphere. An ordinary pump will do just fine.

After this you can open the flow and return taps. If you see that the pressure drops, you can add water. The next step is to bleed the air from the pump. Unscrew the plug on its end and deflate it just as you do on the Maevsky taps.

Important question for owners of wall and floor heating boilers: How often should the expansion tank be pumped?? We recommend that in new boilers to do this every two years, and in already worked out a few years. every year. Optimally. before the heating season.

Pressure is considered one of the important parameters that are required for quality operation of the equipment, good heat transfer and long service life. During operation, the fluid pressure in the circuit is constantly changing, so it is important to monitor the indicators to avoid problems in the future.

Normal pressure level varies from 1,5 to 2 atmospheres. If this indicator drops to 0.5 atmospheres, there is an emergency situation. Boiler ceases to operate normally, breakdowns are possible. In winter time such a situation poses a serious danger. the pipes will freeze and burst.

There are several varieties of pressure in models with two circuits:

How to repair your Baxi E119 fault. Main and Potterton

Various elements are used to control the set parameters in gas heaters. Among them are manometers, thermomanometers, special electronic sensors. 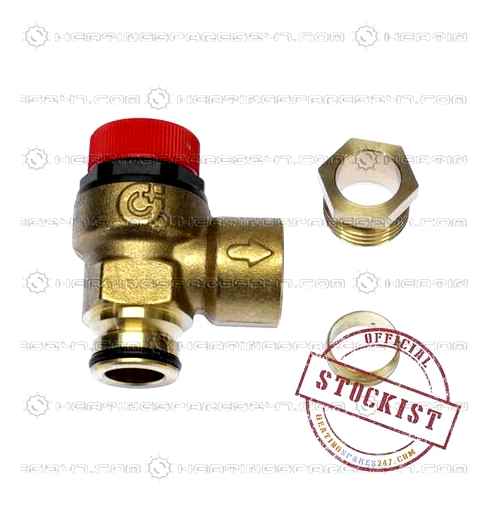 Is it necessary to have an expansion vessel for a wall hung gas boiler Baxi??

Volume of the built-in expansion tank boiler Baxi specified in the characteristics and for the ECOFOUR series is 6 liters, to answer the question of its necessity in a single heating system. you need to know the total volume of this system.

To calculate it is not so difficult: the volume of filling of the boiler and radiators is in their characteristics, and the volume of filling of pipelines can be calculated, knowing their diameter and total length. Water, after heating to 80 degrees Celsius will increase in volume by about 4-5%, therefore, the recommended volume of the expansion tank is 8% of the total volume of the heating system in case of filling with water and 12% if using antifreeze as the coolant (coefficient of thermal expansion of antifreeze is greater). Thus, the standard expansion tank will be sufficient for the heating system with a capacity of up to approx. 75 liters when using water and up to 50 liters when using an antifreeze liquid.

These figures are conventional (with reserve) and the selection of the capacity of the expansion tank should be guided by the design calculations of the specific heating system or the manufacturer’s recommendations.

In most cases, the built-in tank of the boiler is sufficient and the decision to use a separate additional tank is taken by experts at the design stage.

Construction of the expansion tank Baxi

In a gas boiler Baxi Eco Four 24 the expansion tank is arranged on the back wall of the equipment and represents a capacity of round shape of red color. Built-in expansion tank has a volume of 6 liters and is divided into two parts by means of a diaphragm. 1 part is pumped with air and the second part is connected to the heating system. When the system is heated the volume of liquid increases and the resistance of the diaphragm is overcome, then the free volume of the tank is filled. After it cools down, the diaphragm returns to the reverse position and pushes the liquid into the heating system. Consequently, the pressure during operation remains unchanged.

In order to increase or decrease the temperature of the water heater to the right and left of the display there are buttons “” and “-” (older models have a special regulator, turning clockwise increases the temperature and vice versa).

When setting the temperature you should not change parameters by large increments. It is necessary to change the regime smoothly, giving some time to overcome the inertia of the system. This will soften the transition to another mode and extend the life of the boiler.

Why is the pressure in a two-circuit gas boiler increasing?

Let’s look at the reasons why the pressure in the two-circuit boiler can constantly grow (or rather grow until the pressure relief valve does not work in the boiler). Given that the principle of operation of most boilers is similar, this malfunction can occur in different models: Baxi, Ariston, Buderus, etc.д.

When the pressure in a two-circuit gas boiler drops it’s more or less understandable, but when the pressure increases by itself! However, this is exactly what I had to deal with once I bought an apartment with renovation, signed the purchase contract and received the keys, I did not spend the night in it and in the morning I found puddles of water on the floor and a ruined cabinet under the gas boiler.

Is it necessary to screed under...

Mix for masonry stoves with their...

How to move the socket for...

How to disassemble the plate Ariston...

How to choose a boiler according...

How to reduce the pressure in...

The fan on the power supply...

LG refrigerator does not work well...

How to remove scratches from an...

Which is better than Teflon or...