It is possible to identify some of the causes of overheating of the cable:

If you see that you have a heating cord of the washing machine or other appliances, it is advisable to immediately eliminate the malfunction. To do this, determine whether the heating is taking place in a particular part of the conductor or whether it is being heated completely. Often the plug of the washing machine warms up when the power is supplied from the mains. Heating occurs because of poor contact between the socket terminals and the power cord. Therefore, the terminals get hot, while also heating the plug of the electrical appliance itself.

Another reason for such a breakdown is the low-current socket, for example, 10 amps. Because there are such appliances with increased power: stoves, boilers, heaters, some types of kettles. They function normally when plugged into a 16 amp socket. These characteristics also apply to the switchboard itself in the house. Not considering these nuances, the heating can lead to the melting of the socket, and it in turn will provoke a short circuit.

Malfunctions also occur when there is poor contact between the plug of an electrical appliance or at the other end of the wire where it connects directly to the socket of the appliance. If the plug heats up, you need to disassemble it and make sure the connections are correct and secure. If a fault is detected, remove them. the wire of the washing machine is heating, look at its attachment to the washing machine.

It also happens that everything seems to be in order, but the wire is still warm. In that case, most likely the reason is that the manufacturers themselves have saved on it by reducing its cross-section. Thus, the whole wire will be heated. If the power of the electrical appliance is 4.5 kW, you will need a wire with a cross section of at least 2.5. In this case, you will need to change the washing machine cord for a suitable.

Replace the plug on the washing machine

If there is a need to change the plug on the wire of the washing machine automatic, then you do not need to rush to the service. Can cope with the dismantling and subsequent installation can almost anyone, most importantly, strictly follow the instructions given. The order of the steps are different for euro tiles and standard plugs, so we suggest you familiarize yourself with each algorithm, right up to the control cord check.

Frequent use or voltage fluctuations can damage the power cord plug. It can cause a short circuit and ruin your washing machine: the control board melts, and the machine is completely out of order. And then your machine will need a really expensive repair.

If you notice that the plug is melted, or if there is an unpleasant smell of melted plastic when using the machine, contact a professional immediately! I will come quickly, replace the plug for a reasonable price, conduct preventive work and advise how to avoid such troubles in the future.

Warning! Often, if the plug is melted, you need to change the socket, too, since it is most likely not working.

How to Install Your Washing Machine | ao.com

In case the failure of the plug has already caused more serious problems, I will repair the washing machine on the same day. Call!

Instructions for replacing the power plug

If you have melted electric plug or one of the pins broke, the replacement technology is as follows:

This is how you can change the plug on the wire yourself. As you can see, the instruction is quite simple, especially in the photo examples each step of the replacement was considered in detail.

Before figuring out how to assemble a plug socket, you need to familiarize yourself with their varieties. By their design, electrical plugs do not differ much from each other. Their main difference may be in the design and construction. The most common varieties, which are often assembled in the home, are the following models:

The collapsible models are the most popular, due to this high functionality and the ability to replace the electrical plug if necessary. In non-disassembled models the body is cast, so it can not be disassembled. When repairing, wires need to be cut at the base.

and more Russian homes are installing European-style plugs. To ensure reliable connection and continuous current supply, a plug of the appropriate standard is required.

However, plugs differ not only in design features. At the present time on the domestic market two kinds of plugs with C-type cords according to GOST. On the non-disassembled body of each product must be marked, which lists all the technical specifications. allowable values of voltage supply network, the value of the allowable current.

See also  How much citric acid to add to the machine

In Russia, a large number of devices with cords, which are equipped with collapsible plugs type C1-B with a round pin of diameter 4 mm, designed for a load current up to 6 A, grounding contact is absent.

Attaching the plug to the wire

If the electric plug is melted or its pin is broken, you must perform the following operations to make it work again:

To replace an ordinary electric plug without grounding, you need to act differently: 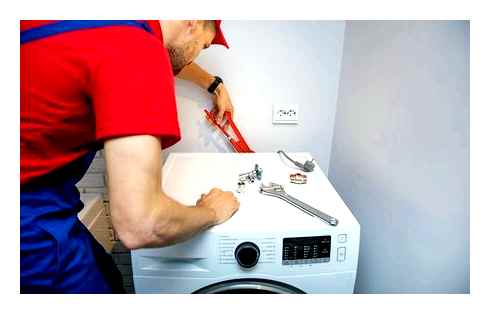 The most important thing to do when replacing is to connect the wires correctly. It is enough just to know their marking by color to avoid confusion.

Connecting the plug to the wire

To replace a regular electric plug without grounding, you need to act differently:

The most important thing when replacing is to connect the wires correctly. It is enough to know their markings by color to avoid confusion.

Can the cord be swapped?

Quite often the fault of the power cord plug is explained by a short circuit that occurred, and the root cause of the problem lies elsewhere. For example, it could be a power cord which has a breakdown. Such a problem arises as a result of squeezing by bulky objects, there are also external damages received from a nail or a sharp angle. In this regard, you should not rush to disassemble the plug until you have carefully inspected the cord for cracks, bends or traces of burning.

See also  How to wash a briefcase in a washing machine

The easiest way to check the functionality of the machine’s power cord is to use a multimeter. Prepared tester is switched to “buzzer” mode, then you can test the cord. As soon as the device detects an electrical leak, it will give a shrill signal.

When a circuit is to be tested that exceeds two meters in length, it is advisable to prepare a second wire and introduce it into a single circuit. If there is no spare conductor, there is a second option. at one end of the cord connect the “zero” and “phase” wires. The probe of a measuring instrument is brought to the nearest contacts. It should be noted that this way of checking has certain advantages:

If you do not have a multimeter, the integrity of the conductor is checked with a universal device made with your own hands. To do this you will need a light bulb for 3.5 V, a battery with slightly higher power, a connector and a pair of connecting wires. Elements are connected in a certain sequence:

Modern washing machines are equipped with euro plugs. If it is fused, and there is only a Soviet-style plug at home, you can, at your own risk, put and such element. In principle, the procedure is not much different from the previous algorithm:

Next, you need to check whether the wires are securely connected. If so, it remains to assemble the body part by screwing in the center screw. After replacing the plug, it is advisable to observe the operation of the washing machine for a while.

If you notice the smell of burning, you must immediately de-energize the outlet and find out the reason why even a new plug begins to melt.

How to change a plug & fuse

How to get rid of traces...

Where to fill the conditioner in...

How to properly pour a slab...

How to make a hairdryer styling...

How to Drain a Hier Washing...

How the refrigerator should stand level

Why the sewing machine knocks when...

| Denial of responsibility | Contacts |RSS
We use cookies to ensure that we give you the best experience on our website. If you continue to use this site we will assume that you are happy with it.OkPrivacy policy