Skip to content
BOVISKOALA.COM
Home Article How to bleed air from the radiator

The tap does not open

Sometimes it is not possible to deflate the air in the radiator for one simple reason. the tap is rusty. In such a situation it is important not to rush. If you apply too much force, you can tear the threads. Then call repairmen will not be avoided.

Try to soften the rust by soaking the threads in kerosene or WD-40. Wait 5-10 minutes after applying the thermal fluid. Turn the screw again. It should now give in. To avoid repeating the problem, turn the valve back and forth 1-2 times a year.

Causes of air in the radiator

After you have expelled the air from the radiator you need to make sure that it does not appear there again. To do this, you must determine the cause of the air lock.

Air in an aluminum radiator can appear due to water with increased acidity. It reacts with the metal and gas is released. If you have an individual heating. change the water in the system to distilled water.

Some coolants can react with metals. Liquids of low quality of homemade production also destroy the radiator. Use only good heat transfer fluid.

Over time, some coolants release gas or air. They lose their properties in the process. Replace the coolant according to the instructions on the data sheet.

In a centrally heated house air can get into the pipes when they are filled with water at the beginning of the heating season. To prevent this from happening, put an automatic air vent.

In homes with individual heating air can get into the system during its filling with water or coolant. It usually comes out through the expansion tank. If you don’t have one, be sure to install one. If an expansion tank is installed, it may not work properly.

See also  How to bleed air from an Ariston boiler

The air in the heating system can appear because of its depressurization, especially if it is not working, and the water or heat transfer fluid is present. Check all radiators, pipes for leaks, especially connections.

How to bleed air from the radiator with the Mayevsky valve

Before bleeding air, it is better to put some container (a basin or a bucket) under the Mayevsky tap, and the tap itself should be covered with something. (when bleeding the air under pressure, water can splash out).

If the building uses an overhead connection, this means: The flow point is in the attic and the return is in the basement. With this configuration, the risers are connected from below and above with the same functional load, so the system maintains the same temperature within the same floor.

See also  How to use a Soviet coffee maker on gas

Summing up briefly, we can say the following. in the absence of experience and understanding of how the heating system works in an apartment building, it is better not to think about how to bleed the air from the radiator yourself. For example, when pouring overhead there is a considerable risk of flooding located on the upper floors of apartments, so such work is better to entrust professionals from the housing company.

How to bleed air from the battery, if there is no Mayevsky tap

Most often there is no problem with the heating system in the house. But sometimes all of a sudden it gets cold in the house or there are strange noises in the radiator. What can it be?? Unfortunately, in this case there is air in the heating system, which means you need to bleed air from there. Today, you’ll learn how to do this without a Maevsky faucet. 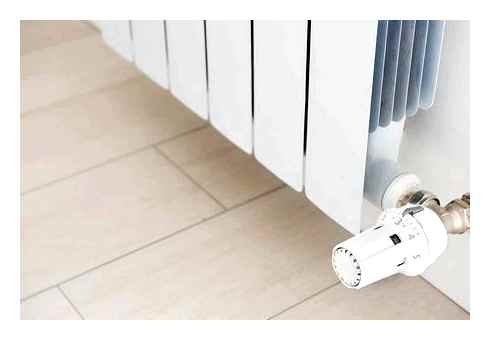 How to bleed air with a Mayevsky valve

During the feeding of the system by a heating device, together with the water in the radiator there is a little air. Often it is dissolved in the liquid, but in an area with low pressure it collects in the pipe. This is how the “air jam” is formed, if it is not drained, it creates a serious obstacle to the circulation of warm water through the network. The heating system during make-ups can not always displace these plugs with water.

The Maevsky faucet is a manual air vent that improves the heating system process. For example, it often happens that part of the network heats poorly or does not heat at all, although the boiler is working at full capacity. This is due to the battery is blown out, so the warm water does not get into it. To bleed air from the system, you need a Mevsky faucet, its technical characteristics and simple principle of operation, can easily solve this problem.

For a long time used a simple water taps in order to bleed air from the network, which were also used to draw warm water from the batteries for domestic needs. For a closed heating system such actions are unacceptable. Meyevsky faucet allowed to change the situation, it is very easy to use, but it is difficult to draw water from the battery with this device.

How to Bleed Air Out of Your Car’s Cooling System. DIY Method

Important! In the manual and regulatory documents, which describe the principle of operation and technical characteristics of the device, the name “Maevsky valve” does not occur, instead it is written “radiator needle air valve”.

How To Easily Bleed A Radiator

Design and principle of operation

The design and principle of operation are almost completely described in the official name of the Maevsky valve. It is a needle valve with a cone-shaped stem that closes the through channel in the device. Inside the valve, there is a thin vent hole, which only opens if you start unscrewing the stem.

To open the air vent, you will need a special wrench or conventional slotted (flat) screwdriver. After a half or full turn, a thin channel between the radiator or pipe contents and the external environment opens. At the expense of a high pressure inside of heating system the air and the heat carrier are released outside, and not on the turn. If air has accumulated in the place of installation, it will come out first, and then the water.

Made of corrosion-resistant brass Maevsky cocks, which ensures long service life. often it is a plug, made with an external thread of ½ or ¾ inch, equipped with a needle valve.

The scheme of operation of an automatic valve

Causes of air in the radiator

There is an air lock. In this case, how to bleed air from the radiator?

Air is an excellent insulator. This makes it unsuitable as a heat transfer medium in closed heating systems.

If air enters the radiators, it reduces their efficiency, and can partially block the flow of water in the pipes.

In order for the heating system to work in normal mode, it is better to remove air from the radiators. This operation is called deflating the batteries.

Is it necessary to screed under...

Mix for masonry stoves with their...

How to move the socket for...

How to disassemble the plate Ariston...

How to choose a boiler according...

How to reduce the pressure in...

The fan on the power supply...

LG refrigerator does not work well...

How to remove scratches from an...

Which is better than Teflon or...