What is a drip system of defrosting the refrigerator: how it works, how it differs

Drip system of defrosting the refrigerator: what is it? How it works and why it is so popular? Is it worth buying a refrigerator No Frost or ordinary? What will you get for your money?

In this article, we will talk about the principle of operation of refrigerators with a drop system of defrosting (thawing). You will find out what advantages and disadvantages she has. We will tell you about common wind cooling systems, indicate their pros and cons of.

Take a look at this ifographic. On it we tried to visualize everything that we know about these defrosting systems.

The first and more common is a drip system or, as it is also called, “crying”.

The principle of operation of this system is the location behind the back wall of the refrigerator of a special evaporator. This device distributes cooling through this wall, as a result of which condensation is formed on its surface. droplets of water, which slowly flow into a special container.

It is because of this phenomenon that such refrigerators are called “crying”.

Note that at the same time, the side panels and other surfaces of the camera remain dry, and with the active operation of the compressor, the condensate freezes, forming small ice floes.

No Frost system. what it is?

Nou Frost technology (from English. No frost. “no frost”) has a slightly different principle of action, which is the next.

In this case, the low temperature is distributed through the chambers using hidden fans. which provide constant air circulation.

In such refrigerators, condensate also stands out and freezes on the back wall, but it is significantly smaller than in the drip system.

In simple words: in such a refrigerator a fan constantly works, which evenly distributes the cold throughout the chamber.

This video clearly and clearly shows the process of the refrigerator with the No Frost system:

But also one of the reviews about this technology:

If you need more information on the technical part of the refrigerator device, we recommend that you contact an article on Wikipedia.

What is a drip technology

The drip system provides that droplets that should freely leave the refrigerator will form in the process of evaporation.

The system of formation and removal of drops provides defrosting the refrigerator. If you do not deepen in particular: what is drip defrust, then the process does not seem so difficult. In addition, the automated defrosting mode eliminates the user from the need to control the time and duration of defrosting. How often to defrost a refrigerator with a drop system? The answer to this question is laid down in the functionality of the refrigerator. This allows you to defrost with a drip system periodically, at a time when the refrigerator experiences an excess of moisture.

Next, we will tell you what it is. automatic defrosting of the refrigerator. The first variety is a drip system. It is used in most modern models and only in refrigerators. It is simplicity and effective. The evaporator (cooling element) is located behind the rear wall of the unit, a drain is installed under it. When the compressor operation, ice floes occurs. When he stops working, ice melts, drops flow into the drain. From it, water enters a special bath, which is located on the motor; There she evaporates. This happens gradually and imperceptibly.

Automatic system for defrosting the refrigerator No Frost (“without hoar”) is equipped only by the freezer or refrigerator and freezer chambers. it depends on the technique model. The evaporator is located behind the rear wall of the unit or at the top of the freezer. A special fan is installed inside the chamber that provides the movement of cold air. As a result, the snowy plaque in it is not formed. Hoar appears on the evaporator hidden from the user. Then the fan stops working, the heater turns on. Under its influence, melt liquid flows into the groove on the grooves. It evaporates it there.

Reference. Frost freezers with the No Frost system gradually displace standard models on the market. But they also have disadvantages. Unlike technology with manual defrosting, they consume more electric energy due to the fan. The mechanism installed behind the rear wall reduces the capacity of the chamber by about 20 liters. Units with an automatic defrosting system have a higher cost than ordinary refrigerators.

Manufacturers of household appliances with the No Frost system recommend turning off the unit once a year, leaving it with an open door. Since the ventilation system, air supply and moisture removal are closed by the structure, ice may form there. Fulfilling this requirement, the user reduces the risks: 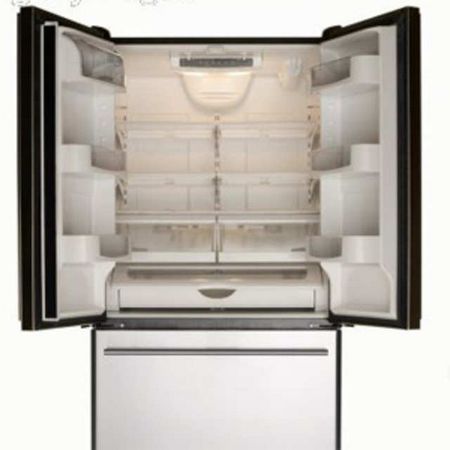 Some models of modern refrigerators with manual defrosting are equipped with high.quality thermal insulation, which allows you to defrost them once a year. Therefore, they are not inferior in the convenience of handling technique with the No Frost function, which is also recommended to thaw.

Each consumer chooses a refrigerator suitable for him in technical characteristics and price. Giving preference to the drip system, they argue this as follows: 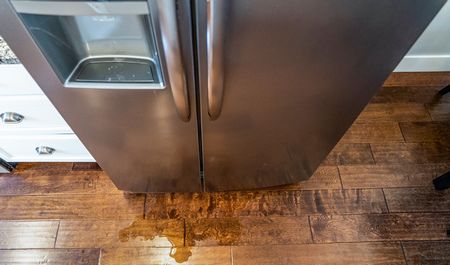 Although such refrigerators are not devoid of shortcomings, they become less noticeable subject to the following recommendations:

If you follow the elementary rules of use, then the life of the refrigerator will noticeably last. Drop models with proper operation allow you to quietly regulate the process of intention and thawing the internal chamber, so consumers disappear the problem of manual defrosting.

See also  How much the refrigerator should stand after transportation

How to defrost a refrigerator with a drop system

Defrosting the refrigerator occurs automatically, but the removal of the ice layer from the freezer is performed according to the algorithm:

Care for the refrigerator with a drop system

So that the refrigerator can do it independently, it is important to install it exactly. With distortion, the thermostat will work incorrectly, which will lead to the frequent inclusion of the compressor. Then the evaporator simply cannot cope with timely ice cleaning. In the future, you need to take care of the “crying wall” so that its components do not clog with garbage.

It is necessary to ensure that water with detergents does not fall into the drainage hole, which is located in the lower part of the posterior wall inside the refrigerator. The rest of the equipment with a drip system does not require a special approach to hygienic treatment.

Wash the internal and external walls 2 times a month with a solution of soda or a neutral detergent. It is forbidden to use abrasive, chlorine and ammonia-containing substances. You can only clean the unit with soft fabrics that are unable to scratch the surface.

It is allowed to wash removable parts in the sink. Before turning on, you need to dry the cameras well and all the elements.

The drip system of defrosting the refrigerator is a simple device, the cause of the problem of which most often becomes blocking in the drainage hole. The problem is detected when water begins to accumulate near the wall.

Before cleaning, the refrigerator is turned off out of the outlet. If the drain is closed with a rubber plug, then it is removed. They lower the soft wire into the hole until it rises into the pallet, and twist it several times. At the end of cleaning, a little water is poured into the drainage hole. If everything is done correctly, then the liquid will go through the gutter. Otherwise, the procedure is repeated.

The department with a minus regime is set to defrost when an ice fur coat is formed 7 mm thick (or every 6 months). The refrigerator is turned off, the products are removed. If the device is equipped with 2 compressors, then only the freezer can be turned off. Thawing cannot be accelerated using acute objects and abrasive substances.

See also  How to check a new refrigerator after delivery

Inside the dishes for collecting water, the floors in front of the doors are covered with a rag. After defrosting, the internal walls are washed using a solution of soda and thoroughly wiped.

Included in the network only after the cameras are completely dry.

There are two types of compressors. ordinary and inverter. They differ in the internal structure and mode of operation. Previously, all refrigerators were equipped with linear, but now inverter is gaining popularity.

The inverter compressor works constantly, but with a slight power. It maintains the temperature at a given level. At the same time, the total electricity consumption is lower than that of the usual.

The advantage of the linear compressor is that it does not experience loads when turning on and disabled. Respectively, its service life is much higher. But inverter equipment is also more expensive than usual.

In this article, we described the principle of operation of the refrigerator and touched on other topics. We hope she was useful to you. Do not forget to share the publication with friends!

Why Ticks Are So Hard To Kill

Imagine the best models, according to customer reviews.

A popular two.chamber model, budget thanks to the “crying evaporator”. Management is the most simple, electromechanical. Energy consumption class in, consumes 405 kW per year. The freezer is thawed manually.

Refrigerator with two cameras. Freezer is located from below, thawing manual. The refrigerator is equipped with a drop system. Economically consumes energy. 226.3 kW per year, belongs to class A. Capable of freezing up to 4 kg per day.

RK-102 retains the temperature in autonomous mode for 13 hours. The total volume of departments is 285 liters. LED lighting in the camera allows you to save electricity. Noise level during operation. 40 dB.

This is a two.chamber refrigerator with a drop system in a refrigerator. The freezer needs manual defrosting. In addition, the manufacturer offers NatureCool technology, which maintains sufficient humidity for the safety of products. Since there is no forced ventilation in the department, the model works quietly. 38 dB.

When the electricity is turned off, the technique will save the temperature for 22 hours. Useful volume of cameras. 351 liter. Belongs to the class of energy consumption A, consumes 291 kW per year. There is a possibility of super.somerching and super.commercials. Corps dimensions: 200x60x63 cm.

It is worth considering: despite the automatic work, the unit needs to be completely washed once a year and clean. In this case, use soft sponges and gel products without abrasive particles. The ice formed on the wall cannot be removed independently, otherwise you can damage the camera.

We figured out what the drip system of defrosting means and what are the advantages of such models. Consumers note that it is convenient to use equipment, and the price is more than affordable.

How to test a dyson hair...

How to remove a biscuit from...

How to grease the Electrolux vacuum...

Protection against turning on without water...

How to bleed the air from...